LAS VEGAS, NV (September 15, 2022) – The Esports Awards, the most prestigious night in the esports calendar, is pleased to announce a partnership with leading game developer and publisher Plarium, best known for developing F2P mobile and PC games such as the collection role-playing game RAID: Shadow Legends

As part of its partnership, Plarium will be an Official Event Partner of the 2022 ceremony held in Las Vegas on December 13. 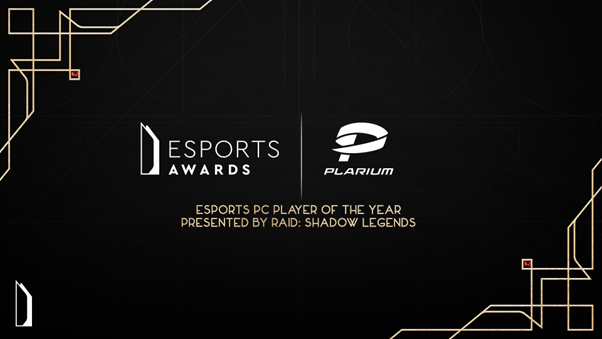 The Esports Awards are working with Plarium on several activations during the year, culminating in the main ceremony in December, where Plarium will sponsor and present the Esports PC Player of the Year. This award recognizes the PC player who has competed at the highest level, shown unbelieve skill, or defined a meta.

To celebrate the collaboration, Plarium and Esports Awards recently launched a series of custom integrations in RAID: Shadow Legends, offering players extra in-game perks and enabling voting for the PC Player of the Year winner. For more information on the activations, visit RAID: Shadow Legends.

The latest RPG to join the “billion club” with over $1 billion in lifetime player spend will  also be featured in the Esports Awards monthly Spotlight shows through various forms of media, from the live chat to a widget on the screen itself.

“I am excited that Plarium is joining us as a partner for this year’s awards which are set to be a one-of-a-kind event. It’s a true reflection of what we have built here at Esports Awards over the last seven years that we are able to welcome an industry-leading partner in Plarium. I look forward to seeing everyone’s reactions to the activations we have planned together” said Michael Ashford, CEO of Esports Awards

Founded in 2015, the Esports Awards is the most prestigious night in the esports calendar and the only global award show that aims to recognize esports excellence.
The Esports Awards is dedicated to showcasing world-class performance and innovation from every corner of the industry throughout the year. It reaches its pinnacle at its end-of-year ceremony, considered the Oscars of esports. The ceremony celebrates everyone from the players, teams, media, hardware providers, games, events, and personalities that shape the esports industry.
The 2021 Esports Awards saw a record-breaking 20 million viewers across the campaign, and 10 million votes counted. For 2022 the Esports Awards is moving to a new home at Resorts World Las Vegas.